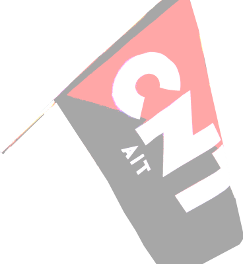 Dear comrades, as you already know the Italian government, with the behalf of the financial powers, is going on with the destruction of the welfare state, one of the objective of this campaign is the health assistance. Our comrades that work in the San Raffaele Hospital, together with other unions, are striking to protest against the firing of 244 workers and the cancellation of the contract's accord previously obtained, and among other things, Graziella (USI's delegate) and Daniela have went on the roof of the hospital to give more visibility to the protest.

To sustain this struggle the San Raffaele's workers are daily engaged in strike and protest (the march held in Milan the 24th of October and the 14th of November were both really important) obstruction of highway, demonstrations in front of the Regional administrative palace and the Municipal administrative palace, protest held in front of important mass media building and most of all the permanent protest at the main entrance of the hospital, where a lot of people is giving solidarity to workers. On the same day that the two comrades went on the roof, about fifty workers occupied the Direction. They were cleared away by the police, simultaneously the delegates requested to workers to hang up the sheets out of the windows of the hospital to show that the protest was going on, sending a powerful image towards the outside. The workers are nowadays aware that if this attack to worker´s rights will pass it will be just the first action of a chain, that in the future many other contracts will be changed with worse conditions of work and that the first victim, after the workers themselves, will be each person that needs public health assistance.

You can send your solidarity to these e-mail addresses: